When an encrypted medium is prepared for use, it is best practice to fill the disk end-to-end with random bits.  If the disk is not prepared with random bits, then an attacker could see which blocks have and have not been written, simply by running a block-by-block statistical analysis:  if the average 1/0 ratio is near 50%, its probably encrypted.  It may be simpler than this for new disks, since they tend to default with all-zero’s.

This is a well-known problem, and many will encourage you to use /dev/urandom to fill the disk.  Unfortuntaly, /dev/urandom is much slower than even rotational disks, let-alone GB/sec RAID on SSD’s:

So how can we fill a block device with random bits, quickly?  The answer might be surprising:  we use /dev/zero—but write to the encrypted device.  Once the encrypted device is full, we erase the LUKS header with /dev/urandom.  The second step is of course slower, but we need only overwrite the first 1MB so it takes a fraction of a second.

Note that the password we are using (below) needn’t be remembered—in fact, you shouldn’t be able to remember it.  Use something long and random for a password, and keep it just long enough to erase the volume.  I use base64 from /dev/urandom for password generation:

Now format the volume and map it with luksOpen.  Note that we are not using a filesystem—this is all at block-layer:

See, more than 6x faster (the disk is most likely the 85MB/s bottleneck)!  This will save hours (or days) when preparing multi-terabyte volumes.  Now remove the device mapping, and urandom the first 1MB of the underlying device:

Note that we overwrote the first 2056 blocks from /dev/urandom.  2056 is the default LUKS payload offset, but you can verify that you’ve overwritten the correct number of blocks using luksDump:

Now your volume is prepared with random bits, and you may format it with any cryptographic block-device mechanism you prefer, safe knowing that an attacker cannot tell which blocks are empty, and which are in use (assuming the attacker has a single point-in-time copy of the block device).

I like LUKS since it is based on PKCS#11 and includes features such multiple passphrase slots and passphrase changes (it never reveals the actual device key, your passphrase unlocks the real key), but other volume encryption devices exist—or you might export the volume via iSCSI/ATAoE/FCoE and use a proprietary block-layer encryption mechanism.

If someone can explain an attack against this mechanism, I would be glad to hear about it.  In this example we used AES in CBC mode so we are spreading the IV bits across the entire volume.  Conceivably one could write an AES-CTR mode tool with a random key to do the same thing and this may be a stronger mechanism.  (To my knowledge, the dm-crypt toolchain does not have a CTR mode, nor would you want one for general use).

The method above fails when an attacker can tell the difference between the original AES-CBC wipe with random bits (where all plaintext bits are set to zero)—and the new encryption mechanism with a different key that will be used in production atop of the prepared disk volume.  While there may be an attack for AES-CBC with all-zero’s (though I don’t think there is), AES-CTR mode by its definition would make this method more effective since each block is independent of the next.  One might be able to argue that AES-CBC creates an AES-CTR mode implementation where the counter is a permutation of AES itself.  If this can be proven, then both methods are equally secure.

Either way, this is likely better (and definitely faster) than /dev/urandom for filling a disk, since /dev/urandom is a pseudo-random number generator.  Using /dev/urandom for terabytes of data may begin to develop a pattern once its effective entropy pool is spread too thin.  Even with seed-help from /dev/random, /dev/urandom might run out of steam.

In the end, random bits XORed with random bits still look like random bits when placed next to other random bits—but you’re welcome to debate this.  Yay for crypto!

Edit: Mon Sep 17 19:43:22 PDT 2012
Come to think of it, you don’t even need a password at the luksFormat stage.  LUKS generates its own strong random bits for the actual block-cipher key.  The passphrase just unlocks that key.  For the purposes of wiping the disk with random bits, you can use “<enter><enter>” as your passphrase… just make sure you wipe the LUKS header in step 2 from /dev/urandom. 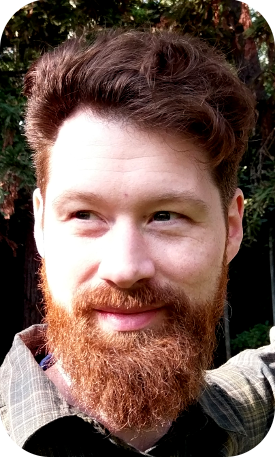